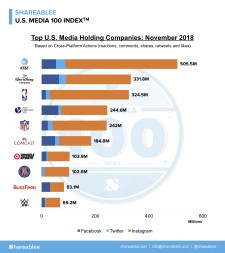 Kohl's, Cheerios, and Subaru are the top three advertisers by social engagement for branded content in November